Kenneth was born on the 30th May 1913 in Durban, Natal, South Africa the fourth child of James Rogers Brown and Annie Agnes Young.

Kenneth, who was unmarried, worked as a butcher in Pietermaritzburg.

On the 22nd June 1943 he signed on as an oiler on the Norwegian ship the MV Bramora in Durban.

The MV Bramora (Norway) was torpedoed in Japanese waters on the 18 September 1943. He is listed as lost at sea.

A memorial to the sailors that lost their lives on the MV Bramora is displayed on Tower Hill in London, UK. 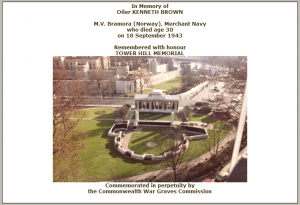 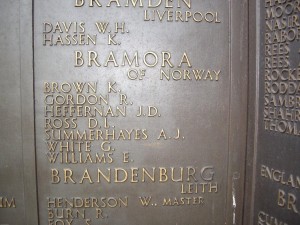 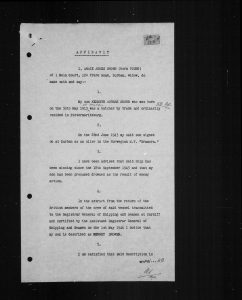 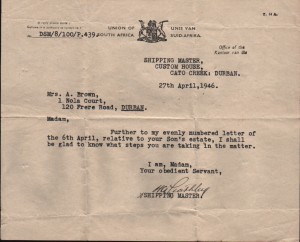 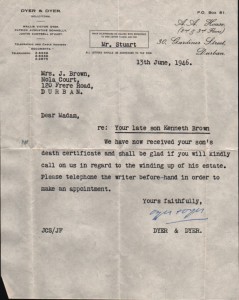